How One School District Adopted Remote Learning For Their Students

When Michael Dougherty, the Technology Director at Chester School District in Morris County, New Jersey was rethinking the entire district’s approach to education in response to COVID-19, he knew exactly what he was looking for, he just didn’t know it existed.

Teachers throughout the district had a problem. They needed their document cameras for remote learning, but their existing ones were simply much too bulky and heavy to transport between their homes and classrooms.

Using a document camera during remote learning is an excellent way to keep students engaged and it makes their overall learning experience much more similar to what they would get in the classroom — highly valuable in a world where they have been subjected to so much change and uncertainty recently.

It was one of the district’s middle school math teachers, Kim DeRosa, who first introduced Michael to OKIOCAM. She showed him the one she’d purchased online herself and he immediately knew it was exactly what he was looking for. “After seeing how compact it was, I was shocked that it actually became a document camera!”, Michael says, recalling his first experience with OKIOCAM.

“We’ve been very fortunate since last August to be in a hybrid learning model, but the reality is, due to infection, if it spread, we would have to go completely virtual at any point”, Michael says, talking about the uncertainty the district is experiencing due to COVID-19. It was OKIOCAM’s adaptability that piqued Michael’s interest the most. Commenting on the flexibility that comes as a result of OKIOCAM’s size, he says “it’s such a nice device because it’s just so small and compact. Nothing’s wrong with the other types of document cameras, but they’re bulky. OKIOCAM is something for virtual and in-classroom”.

Michael is very conscious of not spending the district’s budget on tools that will only be used virtually. This way, when the district returns to delivering classes exclusively in-person, they won’t have a lot of technology that’s just gathering dust.

“I don’t want to purchase something that can only be used at home. I’m looking for things like this [OKIOCAM], that the teacher can bring back to school when the time is right”, Michael explains.

A stand out pilot program

After learning about OKIOCAM, and with the help of the Educational Foundation of the Chesters, Michael placed an order for a significant number of units and conducted a pilot program with some of the teachers throughout the district. “It went great. We had over 40 more teachers who wanted an OKIOCAM”, Michael says, remembering the success of the program. Of the teachers who initially trialed OKIOCAM, all but one of them wanted to keep it — an incredible satisfaction rate. The one teacher who chose to not keep her OKIOCAM was a teacher who had simply grown accustomed to using her old, more bulky document camera.

Springboarding off the success of the pilot program, Michael placed an additional order for OKIOCAMs and distributed them to more teachers throughout the district. “They all have them. They’re all using them. They all love them”, Michael says.

The teachers of the district have been using their OKIOCAMs, together with OKIOCAM Snapshot and Recorder and online video conferencing apps, to aid in their teaching of any and all subjects, from math and science to art and history. They’re able to use their OKIOCAMs to show their students physical documents and explain things using a pen and paper, similar to how they would in the classroom.

A hassle-free setup is what really matters

“Ease of use always takes the top spot”, Michael explains, talking about what he looks for most when deciding on which piece of new technology to purchase.

“Implementing something that the teachers can pick up very quickly is priceless really”, he continues. With the document cameras that had been used within the district in the past, members of the technology department needed to help get them working on the teachers’ computers because they were having trouble installing the complicated software.

The setup process for OKIOCAM and OKIOCAM software is simple and streamlined. It can be done in a matter of minutes, by even the least tech-savvy of people. “Everyone’s been able to install and use OKIOCAM on their own, which is very convenient”, Michael says, talking about how the teachers of Chester School District required no help getting up and running with their OKIOCAMs.

Superb quality, for a small price, in a small package

“If people were to go online and look at the price [of OKIOCAM], they might think ‘the quality of the picture is probably OK’, but no, it’s got an amazing picture!”, Michael affirms, commenting on the sheer value for money offered by OKIOCAM.

When compared to other brands, OKIOCAM is very competitively priced, but it’s the fact that it is able to offer such high quality while taking up such a small footprint that impresses Michael the most.

“It can literally fit in the pocket of your pants. It’s unheard of”, Michael exclaims, still amazed by OKIOCAM’s portability, even after handling dozens of them.

Talking about whether OKIOCAM has been successful for Chester School District, Michael sums up his overarching feelings,

“We wanted kids who are learning at home to feel like they’re sitting next to their classmates, and OKIOCAM has been able to do just that”.

The switch to remote learning was an overwhelmingly drastic change for students. It is essential that everyone is doing everything in their power to make the experience as familiar for them as possible. Lowering the reliance on purely digital education tools and using OKIOCAM as a way of making an online classroom seem more like a real-life classroom is — as the teachers of Chester School District know — hugely beneficial.

If you want to learn more about OKIOCAM or you’re interested in placing an order, please contact our sales team at sales@okiolabs.com. 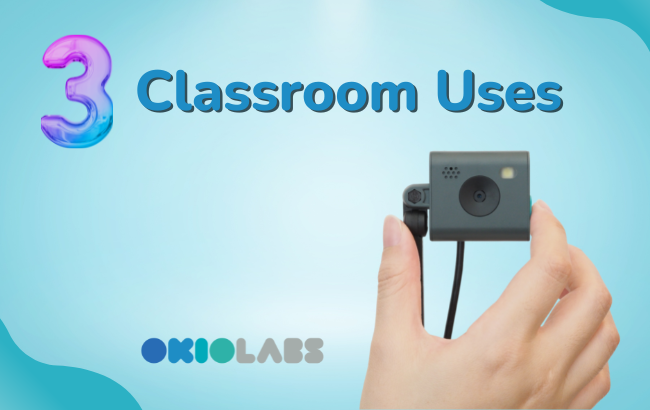 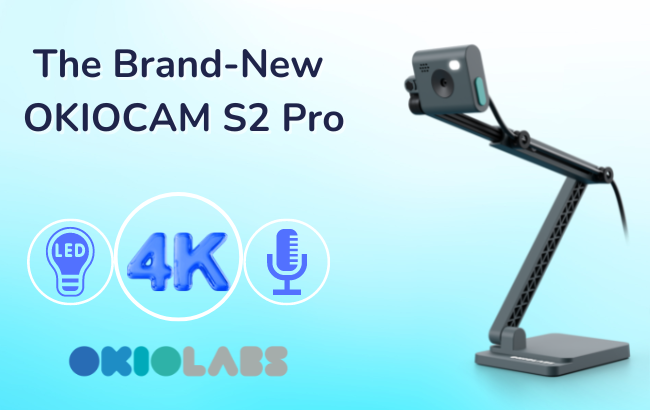 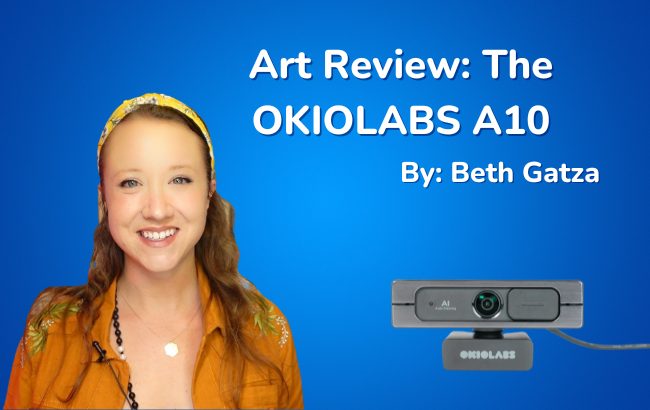